Are you going to earn more than your parents?

“One reason Israel has a high rate of poverty is because the intervention of the state to reduce poverty through taxes and social benefits is limited compared to other developed countries”, says Oren Heller, head of economic research in the National Insurance Institute. “But looking on the bright side, it’s a matter of policy, and therefore changeable.”

Speaking to Rashi’s staff at the foundation offices a few weeks ago, Heller presented the initial findings of his doctoral thesis on the subject of inter-generational income mobility in Israel.

To estimate intergenerational mobility, Heller compared the earnings of people born in the 1970’s when they reached the age of 35-39 to the earnings of their parents at the same age. He looked into the overall income mobility in Israel compared to other countries, and also analyzed the relative mobility of different population groups – Jews vs. Arabs, men vs. women, center vs. periphery and more – focusing in particular on those on the lower part of the income ladder.

Some of Heller’s findings are certainly thought-provoking. It may not be surprising to learn that income mobility among immigrants, their children and grandchildren increases from one generation to the next. But even in the third generation, namely among native Israelis whose parents were also born here, there is still a significant gap in upward mobility between people whose family originated in Europe or North America (“Ashkenazi”) and those originating in Asia or Africa (“Mizrahi”).

What’s more, it seems that the division of Israeli society into ethnic groups (or “tribes”, as President Rivlin called it) – Arabs, ultra-orthodox (Haredi) Jews and non-Haredi Jews – reduces the income mobility for everyone. According to Heller’s estimate, if this separation didn’t exists, the average mobility in Israel could be 20% higher than the present level.

Inter-generation mobility is actually an indicator of equality of opportunity in a society. And inequality should be of concern to all of us, not just to the underprivileged. Because when low-income families can’t invest in their children in order to give them a better future, this slows down the growth of the country as a whole.

A possible solution, Heller says, lies in breaking this vicious circle with access to opportunities, for example through public education whose primary goal is to close gaps, instead of focusing mostly on achievements. 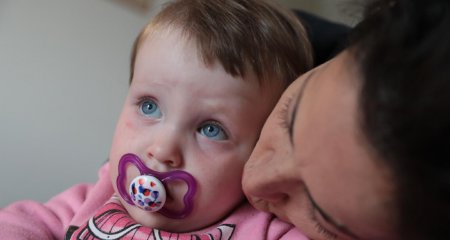